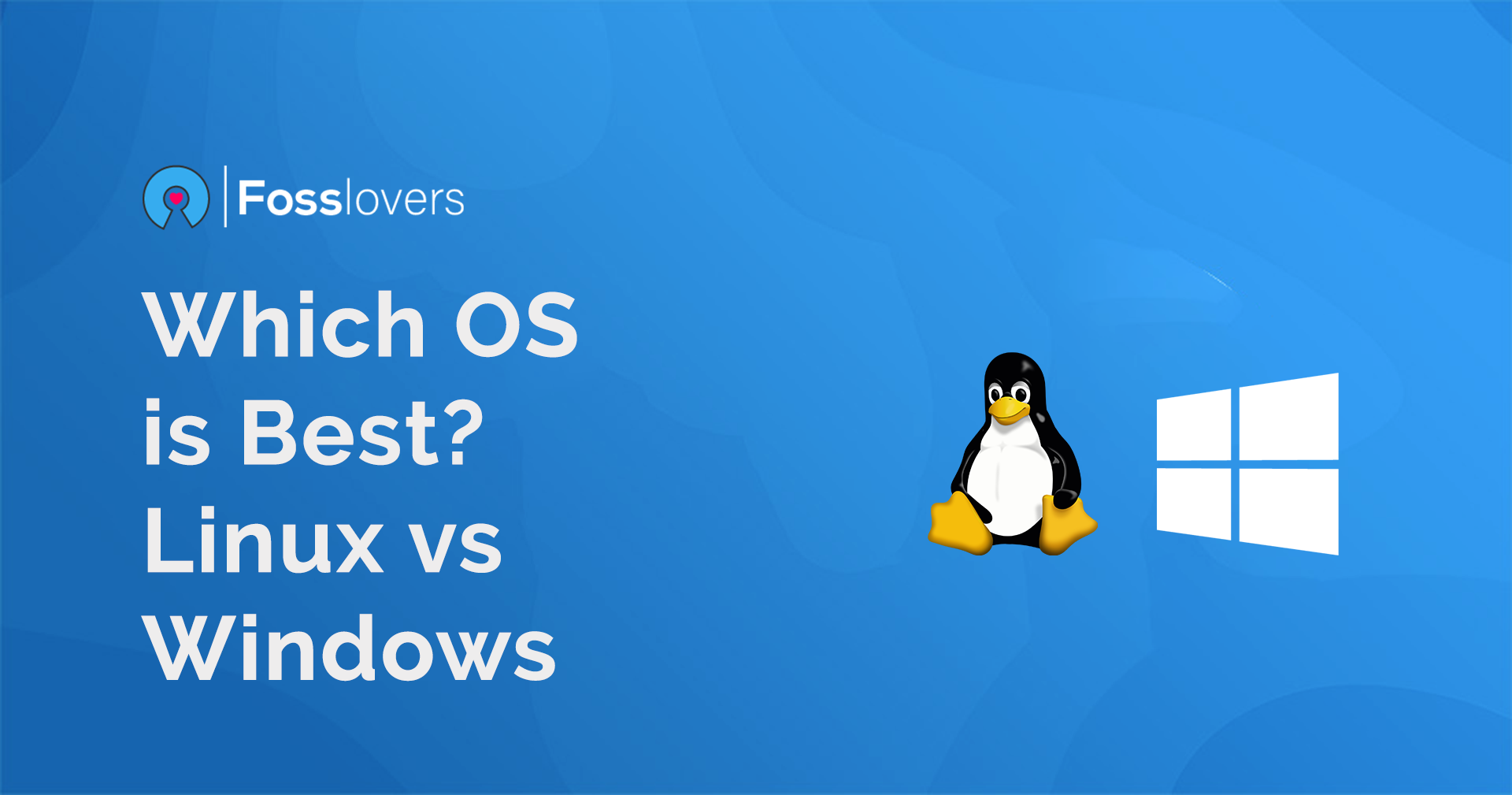 In this article, you will be learning the similarities and differences between Linux vs Windows. Linux is a family of free and open-source software operating systems based on the Linux kernel, an operating system kernel first released on September 17, 1991, by Linus Torvalds. And on the other hand, Microsoft Windows is a group of several graphical operating system families, all of which are developed, marketed, and sold by Microsoft. For a desktop, I prefer Linux. Specifically, Ubuntu or Mint. For the server, I also prefer Linux. Specifically Ubuntu.

Linux vs Windows: Which OS is Best?

Talking about speed. Linux is pretty light weighted and is pretty fast compared to Windows. Windows do offer speed. But, compared it to any Linux based OS, Windows always loses.
Result: Linux Wins

The first aim of every Application Developer is to create the software which is compatible with Windows OS. Reason? Windows has a large base of users compared to Linux. You can find many Applications for Windows than in Linux. Linux does have some great tools, But they are less efficient when compared to Windows apps.
Result: Windows Wins

Linux has an edge over Windows in this. No doubt Why the Supercomputers use Linux based OS.
Result: Linux Wins

Linux is far ahead in Windows in term of security. Linux based OS receive regular Kernel security updates. Linux is hardly penetrable using Malware and Virus. Windows is very vulnerable we need to have premium Anti-virus software installed which gets regular security patches on the new viruses out there.
Result: Linux Wins

Many of the available software programs, utilities, and games available on Linux are free and open source. Even complex applications such as GIMP, Open Office, and Star Office are available for free.

Although there are many free Windows programs, utilities, and games, the majority of the programs are commercial.
Result: Linux Wins

Linux struggled to support new hardware. Manufacturers often considered Linux support a secondary concern (if they considered supporting it at all). Furthermore, device drivers for Linux were created only by enthusiasts who devoted their own time and resources to making Linux compatible with new hardware. Since then, the Linux user base has grown exponentially. Today, the majority of hardware manufacturers give Linux support the same priority as Microsoft Windows.

Windows has a massive user base, so it would be madness for a consumer hardware manufacturer not to support Windows. As a Windows user, you can rest assured that your operating system is compatible with any hardware you might buy.
Result: Tie

Hurray!! Congratulations, I hope you get to know which is better Linux or Windows. Windows is used for people who are interested in Analytics, Normal Usage, Graphics. But Linux is used for Coding, Software Development, and Network Testing. I personally, use Linux and Windows both according to my needs. If you have any questions, suggestions, feedback please don’t hesitate to write them in the comment box below because it will help us to improve or correct our contents. Thanks, Happy FOSS Computing.