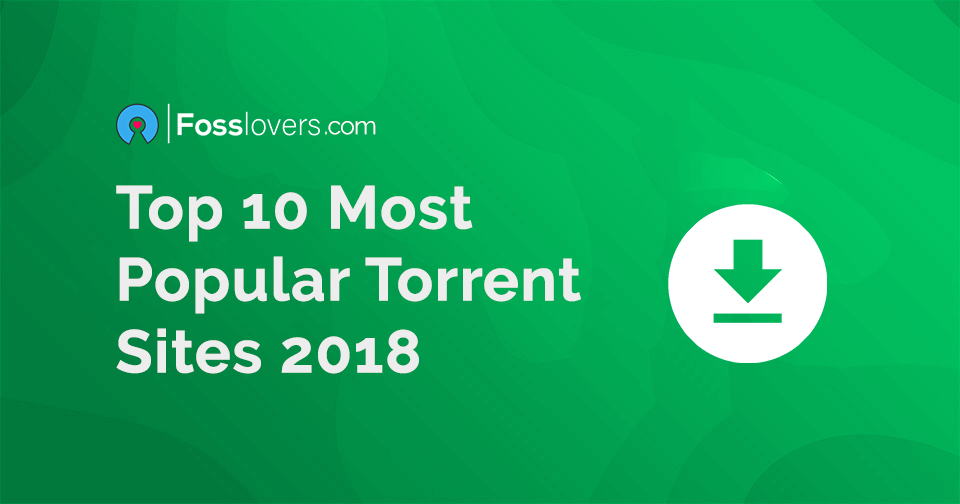 In this article, I will be picking some of the Top 10 Most Popular Torrent Sites of 2018. What are the most popular torrent sites this year? We see that The Pirate Bay remains firmly in the lead.  Since a few torrent sites have left the scene recently, this year’s top list also reveals some new names. In this guide, I will be counting the Most Popular Torrent Sites of 2018.

The Pirate Bay is the “king of torrents” once again and also the oldest site in this list. The past year has been relatively quiet for the notorious torrent site, which is currently operating from its original .org domain name.

Rarbg, which started out as a Bulgarian tracker, has captured the hearts and minds of many video pirates. The site was founded in 2008 and specializes in high-quality video releases.

1337x continues where it left off last year. The site gained a lot of traffic and, unlike some other sites on the list, has a dedicated group of uploaders that provide fresh content.

Torrentz2 launched as a stand-in for the original Torrentz.eu site, which voluntarily closed its doors in 2016. At the time of writing, the site only lists torrent hashes and no longer any links to external torrent sites. While browser add-ons and plugins still make the site functional, its future is uncertain.

YTS is the unofficial successors of the defunct YTS or YIFY group. Not all other torrent sites were happy that the site hijacked the popular brand and several are actively banning its releases.

Eztv.io is operated by the new group and releases torrents. The original TV-torrent distribution group EZTV shut down after a hostile takeover in 2015, with new owners claiming ownership of the brand.  These releases are banned on some other torrent sites due to this controversial history.

Limetorrents has been an established torrent site for more than half a decade. The site’s operator also runs the torrent cache iTorrents, which is used by several other torrent search engines.

Nyaa.si is a popular resurrection of the anime torrent site NYAA, which shut down last year. Previously we left anime-oriented sites out of the list, but since we also include dedicated TV and movie sites, we decided that mention is more than warranted.

Torrents.me is one of the torrent sites that enjoyed a meteoric rise in traffic this year. It’s a meta-search engine that links to torrent files and magnet links from other torrent sites.

Zooqle, which boasts nearly three million verified torrents, has stayed under the radar for years but has still kept growing. The site made it into the top 10 for the first time this year.

Hurray!! Congratulations, I hope you have got the Top 10 Most Popular Torrent Sites of 2018. If you have any questions, suggestions, feedback please don’t hesitate to write them in the comment box below because it will help us to improve or correct our contents. Thanks, Happy FOSS Computing.