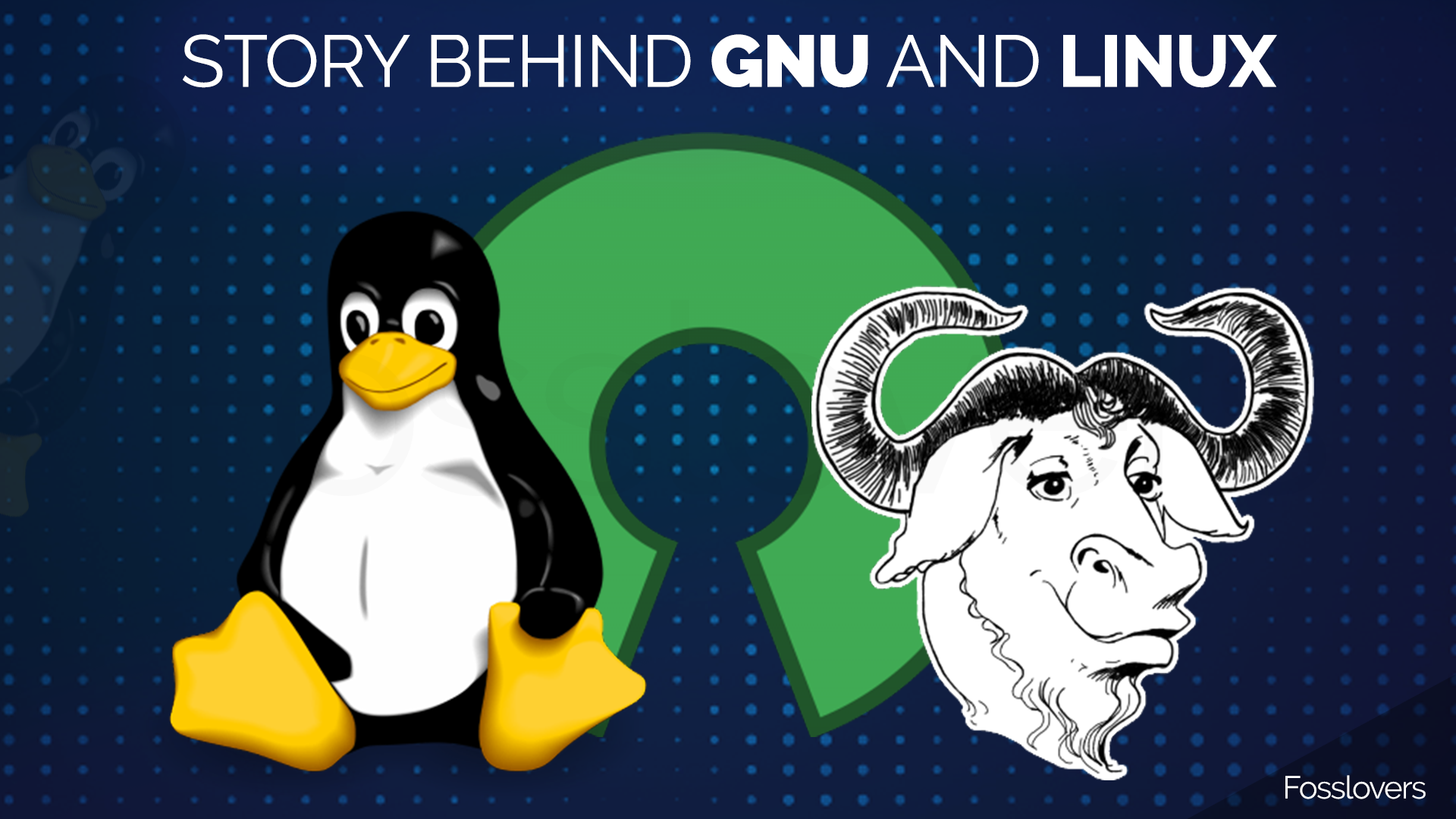 You may have heard about Linux. If not, there is no any problem cause after reading this article, you’ll get a chance to know what is Linux. This article is all about what is Linux, GNU and whats the story behind it. So, lets begin with the introduction to Free and Open Source Software.

What is Free and Open Source Software?

Free and Open Source Software also known as FOSS is a computer software that has its source code free and open to all. Free and Open in that case, as it can be created, shared and modified freely by anyone anywhere in the world. And what is a source code? Source Code are those piece of codes that are required to develop a piece of computer program or software. Here are some list of major principles from FOSS.

1. Free and Open Source Software are highly transparent. Anyone who knows coding, can understand and get total information about it.

2. FOSS are easily accessible. One can download and install these software for free from anywhere anytime from the internet or any source.

3. They are free to modify without any restriction. Modification and customization of FOSS are highly encouraged by the developers and supporters.

4. They are free to share with anyone in the world. You should freely share the software you modified by keeping the changelog or credits transparent to all.

So, above we went to the introduction and the major principles of FOSS. Now, we’ll go through how really did FOSS emerged out.

GNU stands for a recursive acronym “Gnu is Not Unix”. GNU Project is a huge project of free software and mass collaboration. Its aim is to give computer users freedom and control in their use of their computers and computing devices, by collaboratively developing and providing software that is based on the following freedom rights: users are free to run the software, share it (copy, distribute), study it and modify it. GNU software guarantees these freedom-rights legally (via its license), and is therefore free software; the use of the word “free” always being taken to refer to freedom.

This Project was announced by a computer hacker named Richard Stallman on 27 September 1983 at MIT. He had job in MIT, while working there, he was used to be given proprietary software without source codes to work which was a headache for him because he couldn’t buy the source codes because he had no much money and the code were not available for modification. He needed to write codes for what someone else had already written. So, he thought to build his own Operating System and set it free and open source for everyone else in the planet.

How was Linux born?

Linux is a Kernel of an Operating System which is Unix-Like and mostly POSIX-compliant computer operating system assembled under the model of free and open-source software development and distribution. Richard Stallman and his team of Hackers started the development of GNU Project. They developed numbers of sets of software, compilers, editors and many more under the GNU GPL License freely. They completed almost every part of an Operating System but they had no much time for developing a working Kernel for their Operating System.

Meanwhile, in another part of the world, there was a software enthusiast named Linus Torvalds who was doing his own University Project as a Kernel of an Operating System which was a Unix-Like and mostly POSIX-compliant. Linux Torvalds released his codes under GNU Public License which was freely distributed and contributed across the world. This very Linux Kernel is used with the GNU Project to form a complete Operating System. So, we write the whole workable operating system as GNU/Linux.

Linux is a kernel and a kernel is the program which has the ultimate power to control the hardware, memory allocation, chips and every hardware component. It cannot be used by the normal user itself that means, Linux is not a console or interface, it can’t be seen. The system application software which was build by the GNU Project is the complete set of everything we can use in our normal user life. So, lets not be confused on it because it really matters. And please do note, Linux is not Unix !!!

If you have any questions, suggestions, feedback please don’t hesitate to write them in the comment box below because it will help us to improve or correct our contents. Thanks, Happy FOSS Computing. 🙂