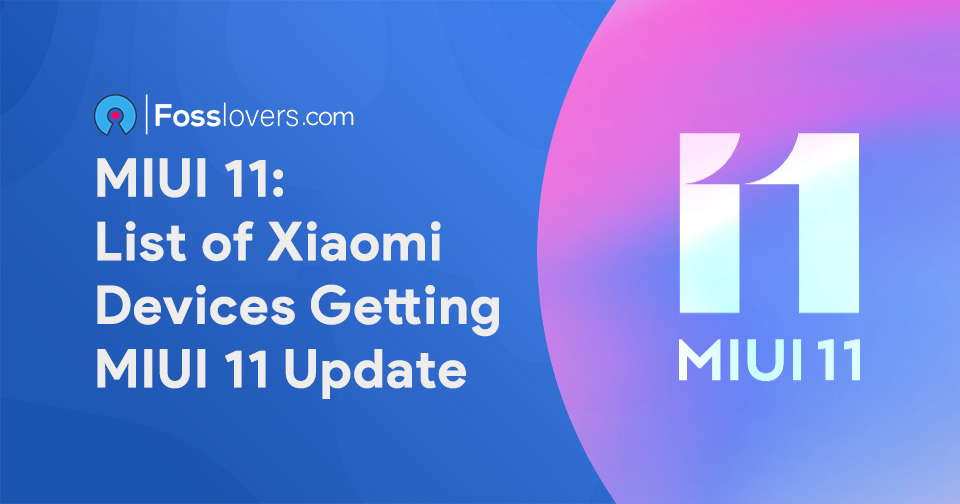 But Xiaomi doesn’t want its users to face with the same. So, they have announced the global launch of  MIUI 11. Announcing the latest MIUI update, the Chinese tech giant has rolled out a list of Xiaomi and Redmi devices receiving the MIUI 11 update.

And how can we forget about the Xiaomi Android One series? Mi devices that get the authentic bonafide Android experience seen in the likes of Google Pixel 3.

Mi A2 and Mi A3 are certain to get Android 10, however, it’s difficult to say about Mi A1 considering it was released way back in 2017.

Xiaomi teased the MIUI 11 Global Stable ROM on October 16 with the launch of Redmi Note 8 Pro. Today Xiaomi already started rolling China Stable ROM based on MIUI 11 for Chinese variants in China. We have given the download link for the MIUI 11 China stable ROM down below.

Xiaomi’s custom skin MIUI is one of the most popular and widely used ROM based on Android OS worldwide. Even the custom ROM developers have developed MIUI ROM for so many other devices as well. MIUI 10 is currently the latest and stable version offered by Xiaomi. It is much lighter and faster than its predecessor MIUI 9. Now, Xiaomi is all set to launch MIUI 11 officially and globally. MIUI 11 is a newer version and still is in the development stage. Only a few Xiaomi device models will get the Android Q update in the future but due to the custom skin, most of the Xiaomi devices will receive MIUI 11 for sure. But it may also take some time than expected. Here in this article, we will share with you features of MIUI 11: List of Xiaomi devices getting MIUI 11 update.

The China-based smartphone OEM is dedicated to its MIUI updates and improvements. Though the company isn’t that fast or frequent in terms of providing the Android updates or latest security patches. Xiaomi always tries to put most of the customizations and features to its MIUI version. That’s even a benefit in terms of the Xiaomi user.

How to Get MIUI 11 on your Xiaomi device?

Users can either wait for the official MIUI 11 stable version to roll out or they can install the beta versions.

While there is no knowledge of the beta versions of the global ROM, Xiaomi has started rolling out a closed beta version of MIUI 11 China ROM.