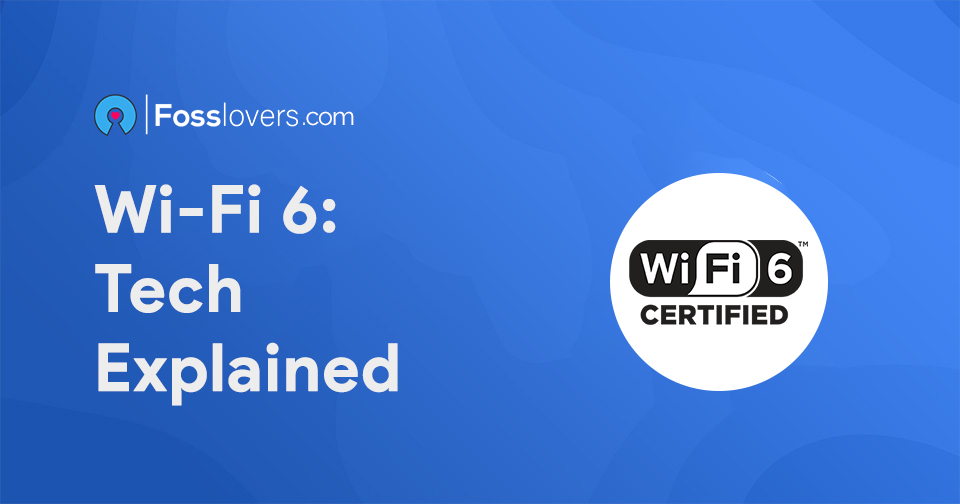 Wi-Fi is about to get super faster. The faster internet is constantly in demand because many users are online on the internet and they consume more bandwidth-demanding apps, videos, games and many more with their devices.

The next-gen of Wi-Fi which is also known as Wi-Fi 6 is going to be a super boost to all of the internet users. Its impact is going to be great and we’re likely to see its benefits soon over time.

Wi-Fi 6 is just starting to arrive this year, and there’s a good chance it will be inside your smartphone or laptop near soon.

Update: Wi-Fi 6 certification began on September 16, 2019. That’s a big sign that hardware is on the way! For example, Apple’s new iPhone 11 devices will support Wi-Fi 6 when they launch on September 20.

Wi-Fi 6 is the next generation of Wi-Fi. It will do the same basic things that are to connect you to the internet and with a bunch of additional technology to make that happen more efficiently, speeding up connections in the process.

Wi-Fi 6 also known as “AX WiFi” or “802.11ax WiFi” builds and improves on the current 802.11ac WiFi standard. Wi-Fi 6 was originally built in response to the growing number of devices in the world. If you own a VR device, multiple smart home devices, or simply have a large number of devices in your household, then a Wi-Fi 6 router might just be the best WiFi router for you.

Yes, you heard it right! Wi-Fi now has version numbers! Even those old confusing Wi-Fi standard names like “802.11ac” have been renamed to user-friendly names like “Wi-Fi 5.”
Here are the versions of Wi-Fi you’ll be seeing from now on:

As usual, the latest Wi-Fi standard offers faster data transfer speeds. If you’re using a Wi-Fi router with a single device, maximum potential speeds should be up to 40% higher with Wi-Fi 6 compared to Wi-Fi 5.
Wi-Fi 6 achieves this through more efficient data encoding, resulting in higher throughput ( the rate at which something is processed). Mainly, more data is packed into the same radio waves. The chips that encode and decode these signals keep getting more powerful and can handle the extra work.

This new standard even increases speeds on 2.4GHz networks. While the industry has shifted to 5GHz Wi-Fi for less interference, 2.4GHz is still better at penetrating solid objects. And there shouldn’t be as much interference for 2.4GHz as old cordless telephones and wireless baby monitors are retired.

A new “target wake time” (TWT) feature means your smartphone, laptop, and other Wi-Fi-enabled devices should have longer battery life, too.
When the access point is talking to a device (like your smartphone), it can tell the device exactly when to put its Wi-Fi radio to sleep and exactly when to wake it up to receive the next transmission. This will conserve power, as it means the Wi-Fi radio can spend more time in sleep mode. And that means longer battery life.
This will also help with low-power “Internet of Things” devices that connect via Wi-Fi.

With traditional MU-MIMO, multiple users can access the router simultaneously without any noticeable decreases in bandwidth quality– up to a point. However, with 8 x 8 MU-MIMO, more than 8 streams are available for users to choose from. And whereas 802.11ac MU-MIMO only works for downloads, 8 x 8 MU-MIMO works with both uploads and downloads. This means that whether you’re streaming, downloading, torrenting, playing VR/AR, MMO’s or RPG’s; with Wi-Fi 6’s 8 streams, there’s more than enough bandwidth for everyone.

When it comes to buying a new device, you won’t be digging through the spec sheet and trying to remember whether 802.11ac or 802.11ax is the latest standard. The device manufacturer can say it has “Wi-Fi 6” or “Wi-Fi 5.”
You will also start seeing a “Wi-Fi 6 Certified” logo on devices that have gone through the Wi-Fi Alliance’s certification process. Previously, there was a “Wi-Fi Certified” logo that didn’t tell you what generation a product was from unless you looked at the specifications.
These Wi-Fi 6 routers should hopefully support WPA3 for easier secure connections to Wi-Fi networks, too, but WPA3 support is not required.

When Will You Get It?

Some routers may already advertise “802.11ax technology,” but Wi-Fi 6 isn’t finalized and here yet. There also aren’t any Wi-Fi 6 client devices available yet, either.
The Wi-Fi Alliance expects the standard to be finalized and hardware to be released sometime in 2019. You shouldn’t even have to think of it too much—in the future, new routers, smartphones, tablets, laptops, and other Wi-Fi-enabled devices will just come with this technology.

As always, both the sender and the receiver need to support the latest generation of Wi-Fi for you to gain the advantages. In other words, if you want Wi-Fi 6 performance on your phone, you’ll need both a wireless router (access point) and a smartphone that supports Wi-Fi 6. If you connect a laptop that only supports Wi-Fi 5 to your Wi-Fi 6 router, that particular connection will operate in Wi-Fi 5 mode. But your router can still use Wi-Fi 6 with your phone at the same time.

Hurray!! Congratulations, I hope you have got some information on Wi-Fi 6. If you have any questions, suggestions, feedback please don’t hesitate to write them in the comment box below because it will help us to improve or correct our contents. Thanks, Happy FOSS Computing 🙂