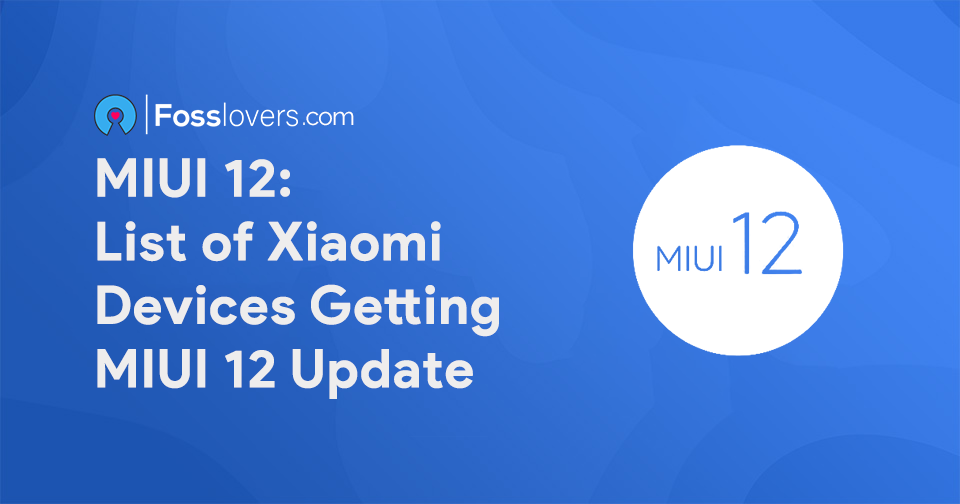 Update June 21:
Xiaomi will pause office work due to the Chinese Dragon Boat Festival which is slated for 25 June. And because of this, the company is suspending work from 26 June to 3 July, which means the whole week. After this, expect them to start working again, and look to meet the MIUI 12 rollout deadline for its devices.

Update June 8: Xiaomi customer support confirms that Mi Mix 3 5G will receive MIUI 12 update in October 2020. The Mi Mix 3 5G currently running on Android Pie with MIUI 10 on top it. So, Xiaomi may skip MIUI 11 and will push MIUI 12 directly. But, it looks Android 10 remains an improbability.

Update May 6: Xiaomi has announced the Pilot Testing Program where they have started recruiting people to test the MIUI 12 Global ROM (pre-release build). In the Pilot Testing Program, for India, only Redmi K20 and Redmi K20 Pro users can apply via Google form. The program has also announced globally where Mi 9, Mi 9T and Mi 9T Pro users can apply for the Global pre-release build.

Update May 3: Xiaomi.eu team has released MIUI 12 EU Custom ROM based on the Chinese MIUI 12 beta build for 20+ Xiaomi devices. This modified version of Chinese build is applicable in the EU region for Xiaomi fans.

Xiaomi already confirmed that its new MIUI interface is under development while hinting at some features to expect with the new update. The Xiaomi MIUI 12 will finally bring a system-wide dark mode to every Xiaomi phone, more especially, the Redmi phones. It will also add a new Graphical user interface along with some other features, which will still be pointed out in this post.

#MIUI12 is about to initiate! Stay tuned! pic.twitter.com/GgqhIwsI5L

All attention is now on the release of Xiaomi MIUI 12, but there’s no official date yet. However, considering that the MIUI 10 was released around May and so with the MIUI 11, we can as well expect the MIUI 12 at the time. The time frame also agrees with reports that the new UI will start arriving in Mid 2020.

Sorry to say but if you have any of that mobile that will not receive any MIUI update in the future then you must have to update your devices. Xiaomi phones will not get MIUI 12 update.

We will be updating the post with new info and news about MIUI 12. So, stay tuned.

Limited Devices to get Features