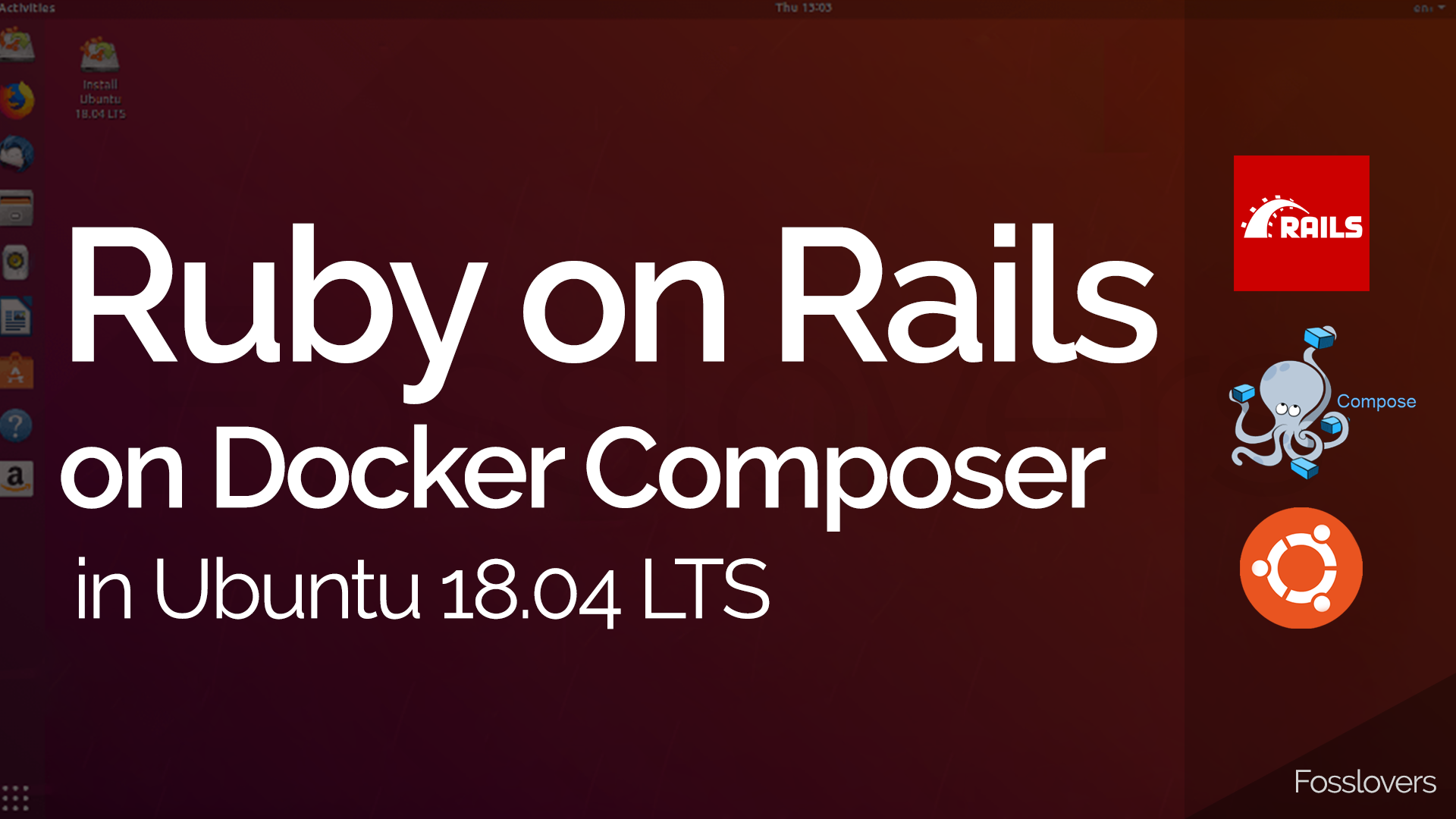 Today we’ll learn how to run Ruby web applications on Rails inside Docker Containers using Docker Compose. “Ruby on rails” often known as “Rails” is a free and open source web application framework developed on Ruby Language under MIT License. Rails is a model view controller (MVC) framework which provides default structures for a database, a web service, and web pages. It utilizes JSON or XML for data storage and transfers whereas HTML, CSS, and JavaScript are for displaying output and providing user interfaces as defined. Docker is an awesome technology which is an open platform for building, shipping and running distributed applications anywhere, anytime and most importantly, from any platform ranging from small home computers to high-end servers.

Docker Compose is docker’s native tool for defining and running multi-container applications defined in a single file with Docker. Moreover is a great tool for development environments, staging servers, and CI. Here are some easy steps on how we can run ruby on rail web applications on Docker containers using Docker Compose.

First of all, we’ll need to install docker engine in our host operating system. As we are running Ubuntu 18.04 LTS in our host machine, we’ll first update our local repository index of an apt package manager.

Now, we’ll need to add our user to the group docker so that we can access docker without sudo or root permission. To do so, we’ll need to run the following.

Note: Here, *arun is the username of the account we are currently logged in and wanna add to the group docker. So, we extremely recommend replacing arun with your own username.

After we have successfully installed docker engine, we’ll now need to install docker compose that we’ll be featuring in this tutorial. As docker compose is not available in the official repository of Ubuntu, so we’ll gonna install it from the official GitHub page.

Next, after the docker engine is installed in our machine, we’ll gonna create the most common file for docker ie Dockerfile. We can create the file using a text editor inside our working directory. To do so, we’ll need to run the following command.

Finally, we’ll now create our main compose file where the real thing happens. Here, we’ll create a docker-compose.yml file in which we’ll define the configurations for our web app and database required by it to store data. In this file, we define the configurations that are necessary to link both the web app and the database and expose their ports. To do so, we’ll create the file using our favorite text editor.

Then, we’ll gonna copy and paste the following lines of configuration into the file.

Before we for generating the rails skeleton, we’ll need to create a file named Gemfile. We can create it using a text editor.

Then, we’ll need to append the file with the following lines of configurations.

Now, we’ll gonna build an image for web service using Dockerfile and then we’ll generate a new rails skeleton app inside the container built from the newly created image. To do so, we’ll simply need to run the following command.

Now, we’ll uncomment the line in our newly generated Gemfile which loads therubyracer. To do so, we’ll gonna open Gemfile using our favorite text editor.

Then, we’ll gonna find the following line and uncomment it as shown below.

Now that we’ve got a new Gemfile, we need to build the image again.

Next, we’ll need to make changes to the file database.yml to look as the lines of a configuration shown below.

At last, we’ll gonna create the database by running the following command in a new terminal.

Now, we are done. We can now access our Ruby app by browsing our web browser to our server on port 80 by default as our docker web container is exposed on port 80 ie http://ip-address or http://domain.com

Docker Compose is very easy to configure and makes our job pretty fast if we need run multiple Docker containers instantly. In this tutorial, we learned how we can run multiple containers in order to run our ruby on rails application using docker compose. Similarly, we can use docker compose to run WordPress, lamp stack and other various applications and servers in our Linux based servers.