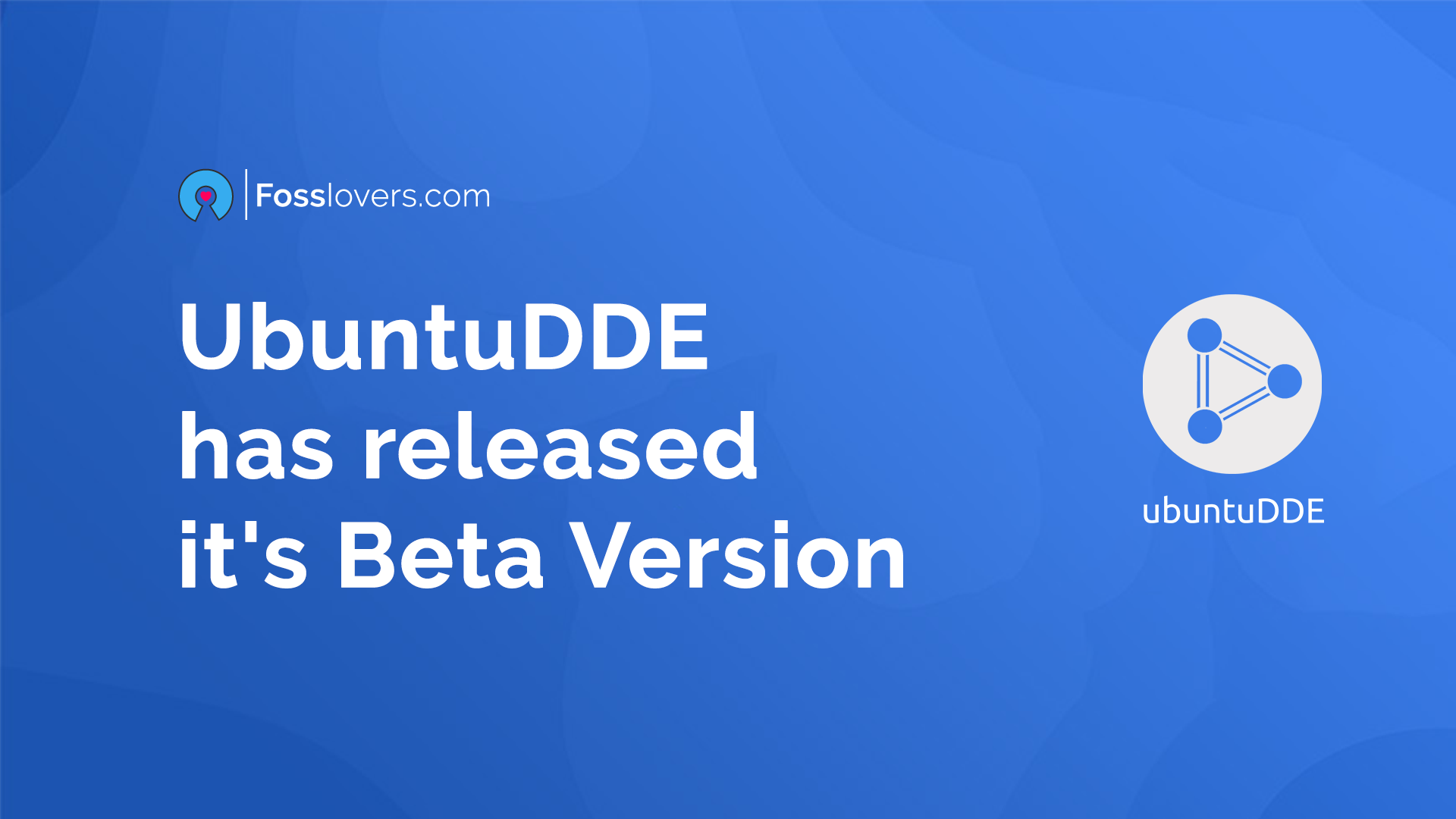 UbuntuDDE is a Remix flavor of Ubuntu system with Deepin Desktop Environment (DDE). It is a Linux distribution based on Ubuntu with the most beautiful desktop environment. Its initial release will be UbuntuDDE Remix 20.04 focal based on Ubuntu 20.04 LTS and will be supported by the UbuntuDDE team and the community.

UbuntuDDE will be working on the latest releases of upstream dde packages. It will be shipping all the goodies from Deepin OS with the base system of Ubuntu distribution. Mr. Arun Kumar Pariyar is the lead developer of the UbuntuDDE whereas the UbuntuDDE Team has not been publicly announced.

UbuntuDDE is not just adding the DDE ( Deepin Desktop Environment) on top of Ubuntu 20.04. Arun said, “One of the important aspects of this project is to regularly maintain the DDE packages for Ubuntu.”

Many of the People are not using Deepin beacuse of it’s chinese origin.

Arun said, “Deepin’s AppStore is web-based and relies on its website that contains cnzz.com links and no user private information is collected. However, UbuntuDDE Remix isn’t shipped with Deepin’s Appstore and instead uses Ubuntu Software Center. Also, the nature of UbuntuDDE packages built using the open-source codes of Deepin Desktop Environment assures that no data is being collected by UbuntuDDE or Deepin Technology.”

As we know that UbuntuDDE is a “remix” of Ubuntu similar to Ubuntu Cinnamon Remix but it’s not a flavor officially endorsed by Canonical. They are planning to be Ubuntu flavor. Let me know, what’s your thought on it?

Quick note for Virtual Machine Users: it’s not the best way to experience UbuntuDDE, but if you are going for this method make sure that you go with “Normal Mode” for better performance rather than the “Effects Mode.”

When will Main Version be Released?

Mr. Arun Kumar Pariyar (Lead Developer) told me that the final release of UbuntuDDE Remix ie 20.04 focal will be launched along with the Official Ubuntu flavors.

Note: UbuntuDDE is a new project under development. Don’t use UbuntuDDE Beta in your main system because it has many bugs that need to be fixed. If you want to try it, use it in a virtual machine or on a spare system.